Fr. Bill is married to Vicki and they have three children and a three grandchildren. They have four dogs and live just outside of the city in Merauxl, LA. Fr. Bill is also Adjunct Faculty with the Tulane School of Medicine, Ethics and Humanities Dept. He is also Chaplain to the School of Medicine. Fr. Bill is also a Kellogg Fellow (Class of 2019) and has been cited in numerous media/publications including NPR’s State of the Reunion, London Times, Times Picayune and the film “Shell Shocked” etc. for his work with urban violence. Fr. Bill holds two degrees M.Div. Nashotah House, and M.P.S. Loyola University. 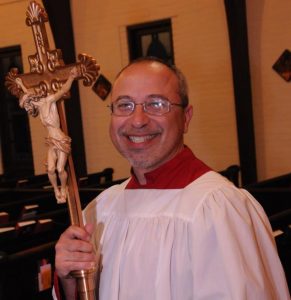 Luigi is married to his husband Sean and they live with three large dogs in Chalmette, La. Luigi has been a member of St. Anna’s church for over a decade. He is one of the Acolyte Masters in the Church. He is currently studying to become a Deacon in the Church with his primary focus on LGBTQ+ community.

Deacon Close comes to Saint Anna’s from Saint John’s in New Port, RI  where he also serves. Deacon Close is the Chair of the Dodwell House Restoration Committee at St. Anna’s.  Deacon Close was born in South Carolina, graduated from Tulane University with a BA in Economics and Latin American Studies. He and his wife, Lucy, served with the Church World Service in Nicaragua and have also started a not-for-profit job creation agency, 1000 Jobs/Haiti. The Closes live in Little Compton and New Orleans and have three grown children. 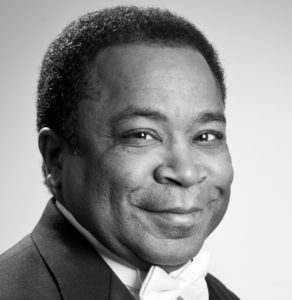 Darryl is credited as the founder of Anna’s Arts for Kids which has become a constituent part of Anna’s Place NOLA. Darryl is from South Carolina and holds a Masters Degree in Music from Boston University. Darryl has been a part of St. Anna’s outreach ministries for almost ten years and has won the Blue Cross Angel of the Year Award. Darryl’s passion is the empowerment of young people of color. 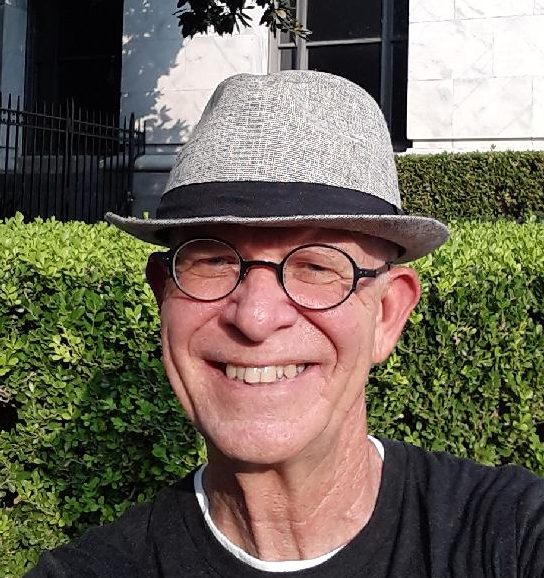 Ken is a graduate of the University of Southern Mississippi holding degrees as Master of Music and B.A. in Music Education. He has a long history as a Professional Music Director and Conductor; he has several years of experience as a music educator; Ken has also played in a number of churches in various denominations. 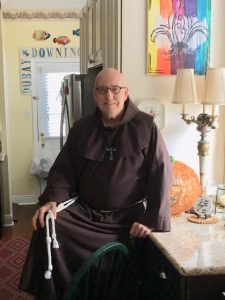 Br. Don is a member of the Community of Francis and Clare. Don has been a member of St. Anna’s with his husband Rusty Downing for over a decade. Br. Don’s passion remains solidarity with the homeless, hungry, and poor of our city.

The “Dodwell House Committee” is comprised of several members of the congregation. This is a functioning working Committee under the auspices of the Vestry of St. Anna’s. In addition to the Committee we have contracted with professional architects and other related professionals. This is a formidable team with a real vision.

Diana is a fifth generation member of St. Anna’s and after Katrina founded St. Anna’s Mobile Medical Mission. This outreach eventually became a part of Anna’s Place NOLA. Diana is married to Mike and they have two adult children. Diana is a Registered Nurse and has published/co-authored several academic papers and is recognized as a leading figure in Mobile Medical delivery systems. Diana is now assisting the ambitious Dodwell Community Resource Center Restoration/Renovation project.