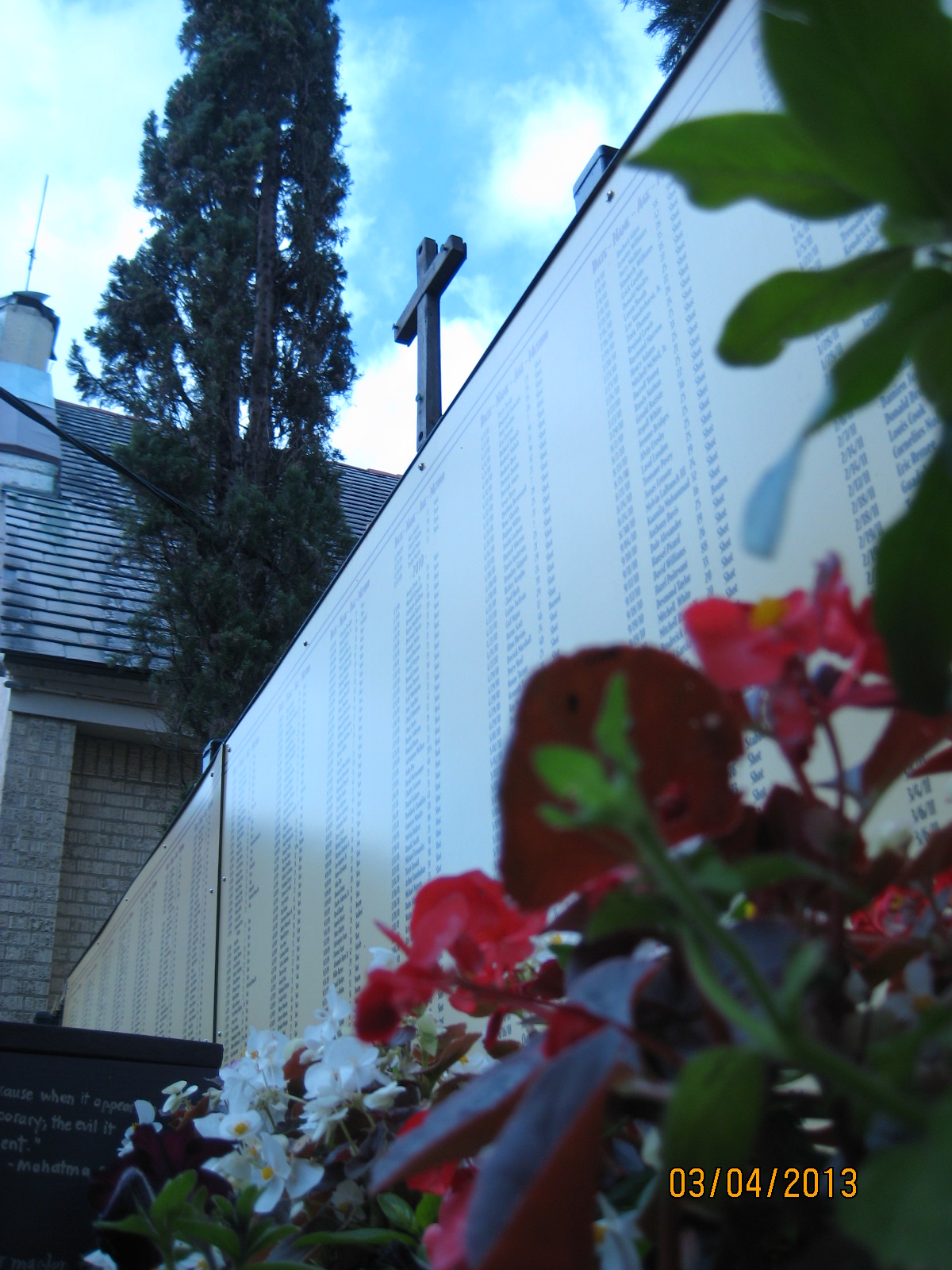 Since 2007 St. Anna’s has attempted, as best as we can, to list all of the murders in what is recognizably “New Orleans.” That includes parts of Jefferson Parish as well. The goal of this public display of names, ages, and manners of death are to remind us all of the human loss and of the nature of that loss. The manner of death adds a sense of violence when it is read aloud on Sundays in the Prayers of the People or visually taken in when reading the Murder Board.

Recently Luigi, who is responsible for listing the names of murder victims, was curious about some of the lists that he is responsible for. He discovered, for instance, that our immediate Metro Area had 147 deaths in 2019. This is more than the City of New Orleans reports because it includes the West Bank and Metairie areas. He by calculation has determined that since we began listing the names of victims our community has lost 2,417 lives. Yes, that is a large number. Luigi being confounded by that number was curious. He then looked up the number of U.S. PERSONNEL who were killed in the Afghanistan since 2001 to mid 2019 and that total number is 2,372.

We have killed 45 more humans in 6 six years less time than in a War in Afghanistan.

We are so often asked “When will you stop posting names of murder victims?” I wrote a piece about that not so long ago. I was asked just today 12-30-19 by a local news agency about murders in New Orleans. We have apparently posted almost 20 less murders than the preceding year. Praise our Lord for saving 20 more humans! Yet, reported shootings remain at about the same level as the preceding two years.

If this all seems a bit abstract here is a photo of Larry Hughes Jr. age 20 – shot.  Larry was shot down in his driveway at home at 10:45 p.m. He was a cashier at Popeye’s. This photo was used in his obituary.

If you look at Mr. Hughes face one can imagine a life of promise. It was ended far too early. It was ended not by disease or natural disasters but by the hands of another human being. One must wonder what created a person that can and would kill another human being? It is not profitable to simply say, “the perp was an animal.” Can we not, for a moment, imagine the possibilities for young Larry Hughes? Is it not possible that over time he might become a store manager. That he might marry and have children. That he would thrive in his community? Can’t we at least imagine that? For a moment think about the young man, aged 18, who shot Larry in his driveway. We called him “an animal.” The real question that has to be asked and the question that few seem to be willing to use their energy on is the sources of violence.

‘Now, all the teachers couldn’t reach me
And my momma couldn’t beat me
Hard enough to match the pain of my pops not seein’ me
So, with that disdain in my membrane
Got on my pimp game; f— the world, my defense came’

How do you read this? Do you dismiss this? Is it offensive? Ask of yourself more than what you are willing to admit even to yourself. Poignancy.

To make my point here is a another image of a young child. Innocence and perhaps a bit of wonder is in that face. So it is with all little ones. So, what turns such a wonderful face with such potential into a murderer? Ask ourselves that. We can easily blame several causes and escape our own culpability. Here is a litany of defection:

If fathers would just stay at home.

If they stayed in school and got a good education.

Teach “them” a trade.

A litany of “if they just” all of which are at least incomplete if not simply wrong.

I even heard this one on a radio show that I did once (a call in): 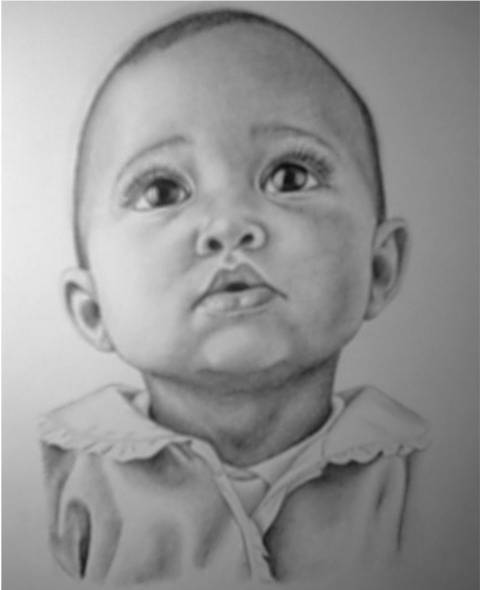 Please, please look at the image of this sweet baby one more time. Please consider that no one is a “born killer.” Please consider the fact that we live in a nation that is built upon and supports structures of white privilege and white oppression among many other divisive biases.

Do the phrases “white oppression” and “white privilege” cause you to have a gut response? Do these phrases exhaust you? Are you tired of hearing it? Do they even kindle some sort of anger or if not anger perhaps defensiveness. Even the most liberal of people are subject to these phrases. Because we have not yet done the REAL work of undoing racism. In fact racism is so pervasive that it finds its hiding places even within minorities in the United States.

When any life in any measure is not dignified as a matter of civic, state, regional, or national policy and conscience racism is at its heart. And what follows racism is poverty: economic poverty; social poverty; and spiritual poverty. How can we, as a community, expect any different behaviors to develop than violence when we ourselves perpetuate economic and social violence let alone real physical violence. Most recently, in our history, the shackles of racial and social physical violence have been released because we allowed our national conversations to move toward the vocabulary of hate and division.

Some would argue that such violence always existed but now “the enemy” is in the open. I would argue that as long as we remained vigilant and aware and intolerant of the language of homophobia, misogyny, racism, cultural biases then the acting out of physical violence was held in check. This is not a claim that social or societal violence economic or racial or otherwise did not remain a constant in our lives. But it does argue that when we introduce violent language into our national conversation and “normalize” it physical violence will surely follow. And it has.

I also do not argue that urban violence has not been a force to be reckoned with for the past several decades it has. Always at the root is two outward signs: poverty and marginalization.

It will or might be a long journey to the new Zion. It is a journey that humanity has undertaken since we began to fashion iron and bronze. Yet, so our faith traditions tell us, we have worth – all of us. When we begin to discover the worth of the other our own worth rises. That which limits one limits us all.

The murder board simply is a list of names of those who died violent deaths living in a particular city. It is at once nothing more and then again something so much more. White it is a list of names it is also a clarion call that in those self same names says that we are a human enterprise. Names have deep meaning, names have purpose, names give us our identity in so many valuable ways.

Names carry weight in scripture. God uses naming as vehicles of dramatic change. Abram to Abraham, the naming of Jesus, the naming of Moses, each significant. The names on “the murder board” are significant. They give passersby pause. It is a sacred statement of who we are and where we should go. It does so in silence yet with a voice in the urban landscape.

There is too much to say in a simple blog post or essay. To much to take in at one time for those of that are privileged as I am. Yes, there are answers to the intimidation of the language “white supremacy”, “white privilege”, misogyny, homophobia and racism. It will take time and it will be a journey. it will be at once hard and from time to time it will seem, for those in power and privilege, like a never ending critique of our racial and or cultural identity. Yet, critiques can be a healthy thing. Would it not be far more holy to be whole than to be separated and only a part? Take a risk and take the journey to Zion. Take a risk and take a journey and step into the Kingdom of God. Take a risk and begin to cast your net out wider and broader and like our General Confession says:

Then begin to act and in acting begin to live.