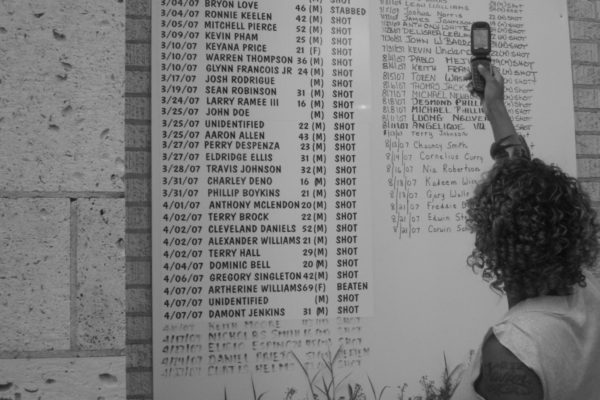 “Hey Ya’ll:I can’t thank you enough for helping me to raise Emman and Clyde. As shy as Clyde is he got a job working at [a] Restaurant on Magazine Street. Plus he have a secret girlfriend. N—and I saw him and her walking holding hands. she’s a cute lil thing, Hispanic. I guess he’ll introduce us to her by Prom time. Emman and I went to a couple of parades. The adults around us kept complimenting how well manner, polite and such a gentleman and very helpful. He made me so proud. the only Father figure he has was from the men at Church, Darryl especially…..The program you all have is wonderful and I would recommend it 100%. Oh Darryl, Emman plays the trumpet at school, but didn’t want to march in the parades this year. Maybe next year.Once again thank you so much for everything you have done and still doing for my Family.” Danette Brown
When I first heard the phrase “Asset Based Community Development” I rolled my eyes and wondered what that really meant. At this point I have given a couple of talks on “Asset based community development” and I believe that I am finally understanding what it means. It is what St. Anna’s has been doing since Katrina and even before. It is being a church, a faith community, that is interested in and interacts with its surrounding community.
Now at St. Anna’s that can look many different ways. Our church is located in a very diverse neighborhood. Poverty sits next to wealth, gay next to rightist, black and creole next to white and brown, all sprinkled about with music, art, and yes violence. It really is an “urban inner city church.” We, as a collective, don’t have to look for things to do or causes to be vested in. Sit on the “porch” for a time and you will minister to so many wayfarers, broken hearts, healed hearts, and seekers that it is incredible. 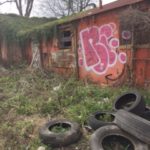 In time, and with a bit of gusto, the church goes into neighborhoods to make its presence known. One of the most violent is the Treme and 7th Ward. Now the murder capital of the city. Yet, there it is music, art, food and festivals all peppering the landscape. The 7th Ward is a mix of the grand and the blighted. It is one of the neighborhoods in transition moving from almost affordable tenement type housing to ‘air b&b’ and gentrification. So, we go into the neighborhood on Ash Wednesday, not “Ashes to go” (I am not a fan) but imposition of ashes with prayer and presence. It says, “we are all a part of this neighborhood and we all belong.” So, we establish our neighbors, who then think kindly towards us, as assets and ineed they are. 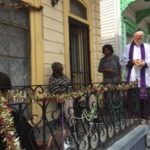 The ministry of presence is a powerful one and invites relationship. Isn’t that, after all, what Holy Communion is all about? Both share this: being present means being in communion – sharing, receiving, and participating in Holy Communion means being present that Christ is among the gathered. So, when we hit the streets on Ash Wednesday saying The Stations of the Cross and we bring ashes and prayers and healing we are expanding our ‘communion.’ In order to do this authentically and not shrouded with liberal epithets one has to suspended almost all judgement about the ‘who’, ‘where’, and ‘when’ of the urban landscape. Some sayings are helpful: “it is what it is”, “oh well”, and “meet them where they are” … but be careful of the “they” which can turn into “those people.” “Those people” is deadly in any effort to extend communion (or CommunityAssetBased Development”- CABD). “THOSE PEOPLE”  is the language of mental and spiritual segregation. Communion (CABD), as De Casussade said, means living in the sacrament of the present moment.
As we wandered some would gesture us over to where they were sitting. Generally, I would invite or return the gesture so that they walked over to us. This was not a control ploy it was an invitation to join in prayer that required some action on the part of the participant (thus not “ashes to go”). When that happens there is more gravitas to the moment of prayer and imposition of ashes. They are now a part of the communion instead of a recipient of largess.
Now when I say “suspend almost all judgement” I really mean it. One of my favorite ‘characters’ is “Princess Stephanie” who is 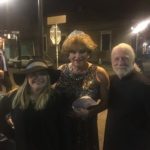 a noted drag queen. Whatever your thoughts are about such folk – suspend them. They are, as we are, created by God and therefore have the potential for grace and indeed are often filled with grace if we can get past the look of the neighborhood. Princess (in the center) along with Georgia Boswell (on the left) are two of the most generous folks that I know. They have an insatiable need to give. Both folks have had trauma in their lives. From that trauma has come the need to impact the world and to say, “I matter, my loss matters and I will survive and thrive.” But, we know this only because we share time and conversation together – communion or CABD. Hanging out in bars and street corners is so often thought of as the work of miscreants. Well, in my opinion it is also the work of the church.

Now back to Danette Brown and her accolades. Her grand kids are not “at risk” and they certainly don’t come from wealth. Here is the point. These kids may never attend St. Anna’s at least not for a time. But, they are well grounded and therefore are likely to have a good life. That also is part of CABD in that we have to learn that not becoming a member of the church is not the end game here. Making the church relevant requires being able to know that church can be done in a lot of different ways. So too with Danette and her grand kids – they are part of the churches greater communion. They know that we are here, they know that they have a place at the table, they know that they are cared for here, they know that St. Anna’s is open to them. Not only is St. Anna’s open to them they are open to St. Anna’s and feel so comfortable there that they have ownership in the property. This is their place they feel comfortable in it and a part of it…sort of like sitting in your own living room. It is familiar.
Familiarity is a key concept to CABD and communion. Several in our church community hang out in local bars and venues and talk about our church because we have a lot of “stuff” going on. We laugh about our church a lot. Laughter is a great element it reduces the intimidation factor by ten fold. Eventually, a few of those community members decide, perhaps out of curiosity, to come and see. Many don’t but they recognize St. Anna’s as “their church.” It is strange I will grant you and such does not increase the faith of the believer nor does it educate nor does it create a catechumen. But it does leverage the communal response.

When the horrid tragedy at The Pulse nightclub happened a community indeed many communities immediately thought that St. Anna’s was the requisite place to mourn and to gather. Why? Because we were known and made our lives in the surrounding community without judgement and indeed seeking fellowship and communion. Over 350 people showed up for a multi denominational service. The Mayor was there and the speakers represented the major world religions. What is important is that we were known in the community and from there it all came together. I did not even suggest that we did this – the community came to us. It was powerful and a memorable moment. Please keep in mind this we are a small church of about 115 adult worshipers each Sunday and another 20 children or so.  We are not a Cathedral nor a Cardinal church. We are just a small parish church embedded in the community. 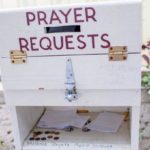 The outside of our church campus is a venue for doing church. We simply “leverage” our space. That space includes a “Murder Board” which is a memorial to victims of violence. This “wall” has become a public memorial for families, passersby, visitors, and pilgrims. One mother said, “I didn’t think anyone cared about my baby. But, there he is.” So it is a ministry that invites our consideration of the value of human life. In addition, and I won’t give the background, we installed a “prayer box.” It is simple and wooden and each week we get dozens of written prayers by people who need to talk to God and need some concrete way to do so. Again, these are mostly folk in the streets or neighborhood but their prayers, most of them, are valid. Indeed, a few prayers become, overtime, a conversation pouring out a life that is up against it. I have one prayer partner, whom I don’t know, that tells me her story each week with a new installment and always asking for God’s blessings. The Church is therefore a part of the community.
At the end of the day what we are and what we do is all driven by the Gospels. We seek to serve. We are compelled to serve because of those Gospels. There really is no option for this little faith family. Yet, our faith family is larger and goes beyond the limits of our church campus it is lingering in bars, pubs, grocery stores and restaurants. It has made an impression on the boys down the block that smoke a little pot, grill a little food, and hang out. It hangs in the air under the overpass and on the neutral grounds. There is evidence of us on fences with murals and in the media. Our communion is quite large indeed it just doesn’t look like a cathedral or mega church but we can count our supporters in the hundreds – perhaps more. That is Asset Based Community Development, that is evangelism – proclaiming the good news of Jesus mostly without words .
At Risk Childre, Christ and Poverty, COMMUNITY CHURCH, GLBT, GLBT-African American Conference, LGBT, New Orleans Murders, Summer Arts for Kids, Treme, Victims of Violence