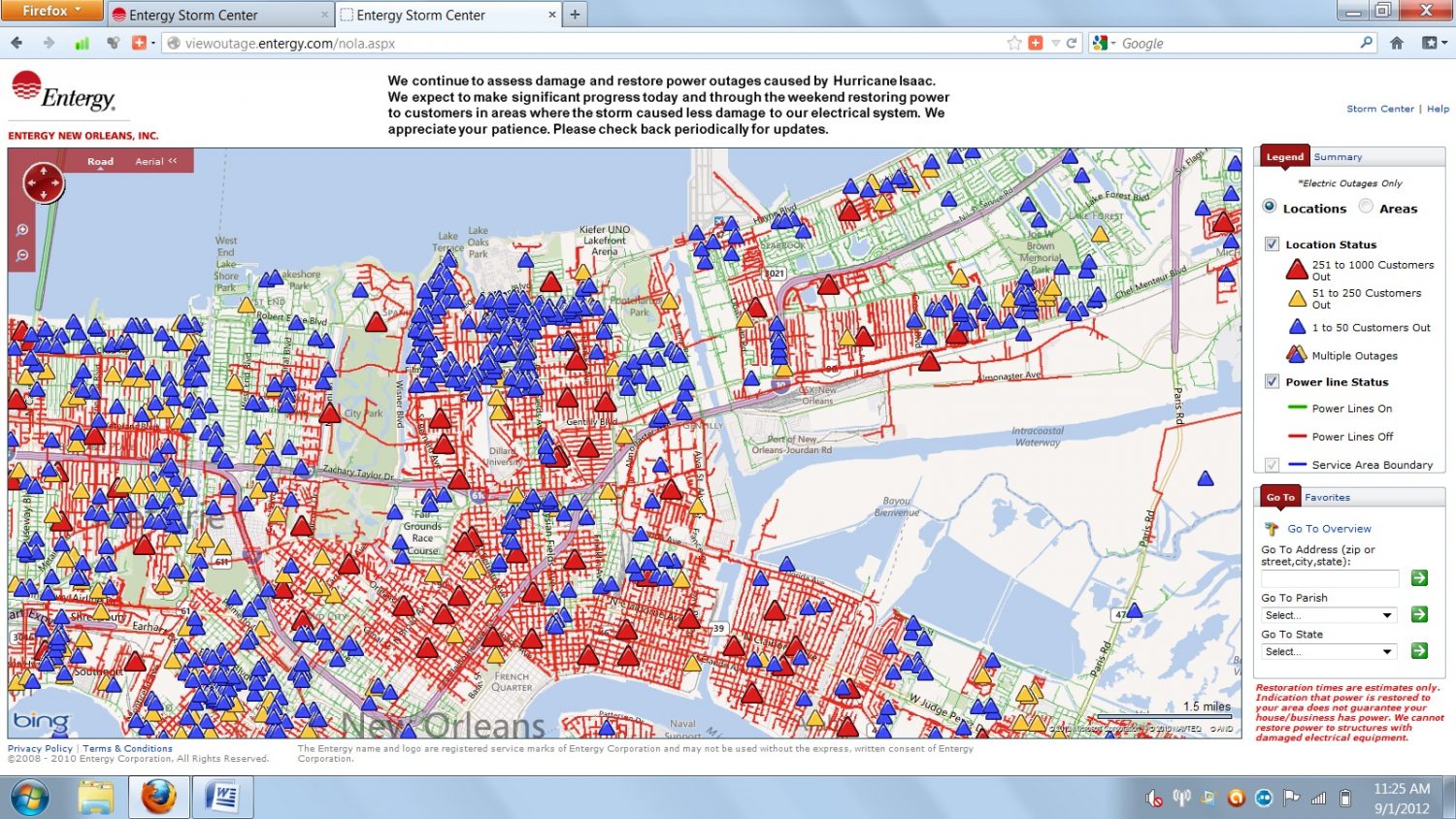 You’d think we’d settle into a routine at about this time. The fact we might have but for that precious commodity electricity. One of the most memorable and impactful experiences that we have learned from Isaac’s wife Katrina is that during and particularly after the storm the degree to which life patterns are disrupted is relational to a sense of well being and safety. So, if the natural flow and rhythm of the City and her individuals is greatly distrupted, particularly on a large scare, tensions remain high and a sense of almost hopelessness enters into the picture even if the ‘disaster’ is relatively limited in its impact. I mean let’s face it after Katrina it would take one hell of a storm to even begin to compare. Yet, the anxiety, the stories of death, the stories of loss circulate and are very real.

When the Medical Van first appeared on the scene I wrote an article. “What is one life worth?” I tried to make the case that even though over $100,000 had been invested in this unit on its very first outing a life was saved; very likely many more since then. So now I’d like to make the case on a more personal note.  “What is one house, one family, one life worth?” In this case I am talking about Chuck and Zina Haase. To say we are personal friends would be a stretch; I am very close friends with their daughter Diana who runs the Mobile Medical Unit, is the Church Treasurer, and is one of the most selfless humans I know. As Isaac bore down she was worried about payroll as much as she was about getting out safely. That just is how Diana is. Church caught the end of WWII, their family raised two boys and girl. Church and Zina got the educated and instilled in them a sense of duty, civil pride, patriotism, and above all it seems level headedness. The family has been at St. Anna’s for, best guess, five or more generations. Church worked his life as a shop foreman when New Orleans had a lot more heavy industry. They saved and had a nice home in Gentilly. That was washed away along with his album from WWII and Zina’s hope chest. Chuck has always been quiet about that event, he’d rather talk about fishing. Zina’s only response, with a sigh, was “I just thank God my children are safe – it’s OK.”

By luck they had a cousin, if you know that family the always “have a cousin.” Who owned some houses in LaPlace, LA. It is a nice subdivision so Diana, wanting to be close to Momma and Daddy, moved to La Place with them. Isaac came, only a Cat 1 storm. Zina got 3-5 ft. of water in her house. Diana we don’t know yet. The evacuated in the middle of the storm were transported to Baton Rouge and eventually, yesterday, found themselves at Diana’s brothers home in Metairie, with electricity. It will take time to figure out next steps – What we learned in Katrina is that we, the Church, volunteers, etc. can’t figure out what is best for them; they have to figure out what is best for them. So, we supporters quietly wait to see what they need and what we can do.

In the mean time, yea, things are nothing like Katrina. We can find a gas station opened here and there. Drug stores, mostly, are open. Why Vicki and I discovered and actually ate dinner out last night –Lebanese food; absolutely perfect! Yet, it is dark at night and throughout the neighborhoods you hear generators here and there punctuating the silence. Businesses are still down in many parts of the city. Civic anger is rising at the lack of electrical repairs going on; after this “ain’t no Katrina.” Less than 30% of the City has power, and a large part of Jefferson Parish (part of the metro area) has power. Now imagine 90+ degrees and being 80-90 years old; or being 6 or 7 years old. Boredom is a demon. Heat is a pervasive harbinger of anger. We are trying to stay cool and continue the clean up. The sounds of a few generators punctuate the urban landscape. Here it is again, our lives are disrupted, our patterns changed, and it has an impact.

So why do we continue to live here? How does the country feel about this only seven years after Katrina? If I were the rest of the nation I would be very tired of helping New Orleans. . . I guess. Hell, when Katrina hit parts of the country said, “Let it go they live in a swamp.” I can only imagine what those same folks are saying now. Yet, New Orleans deserves to exist and it deserves to receive some help as a part of the United States of America. Every bit as much help as mid western town receive when the Mississippi floods the great plains; or when a maga tornado wipes off a town in Alabama or Oklahoma. This city also contributes to the national good in strategic ways that some forget, quickly, it refines 10% of U.S. oil with some specialty refineries that aren’t duplicated. All that amber waves of grain are shipped through the port of New Orleans so it can be sold. Coal from the Midwest and West Virgina find their way here, again to be shipped out and sold. The Mississippi is still the central conduit for trade in the USA and New Orleans is the gatekeeper. Not to mention a history so rich that it rival Boston or New York or Chicago with richness and depth. It is a totally unique city in the USA. Do we really want to lose. But, yes, we get it . . . bail out again. We are tired of it as well. This time, it won’t cost nearly so much.

But the days after the storm, I believe, are the most sensitive. Broken life patterns, anxiety, tension, boredom, anger, sadness, and somehow in all of that, at least for a moment a true sense of community. Lots of people cooking lots of food before it goes bad means lots of neighborhood buffets …so far that’s life after Katrina…and yes, we will have mass this Sunday with or without electricity…