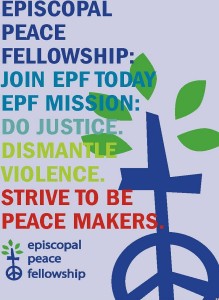 1 Peter 2:13-25 God’s gonna trouble the waters… The noted passage in 1 Peter, a part of the Christian Bible, is a text that has been used to justify slavery, justify the Divine Right of Kings, and to generally authorize violence against any oppressed person. Yet in part it reads:

“For it is God’s will that by doing good you should silence the ignorant talk of foolish men. Live as free [persons] but do not use your freedom as a cover-up for evil; live as servants of God. Show proper respect to everyone: Love the community of believers…”

INDEPENDENCE DAY! The yoke of oppression for some was tossed off and the Western world was forever changed. The ideals of the founding fathers of life, liberty, and the pursuit of happiness are no less true today as ideals as they were then. Ideals are funny things. They are not derived from simply “doing the right thing.” They are something that goes beyond. Ideals, such as our founding ideals, are indeed spiritual by their very nature. They demand a certain heart set rather than mind set. This is true INDEPENDANCE and its vision is part of the spiritual realm as part of the working of humanity.

So, in some ways is the voice of early Christianity at odds with the quest for Independence? Is true Christianity the faith of the powerful worked out against oppressed humanity? Is ‘organized’ religion either the drug of the masses or the machine of mind and spirit control? It could be. But is it? And, more importantly, does it have to be?

Girls, it’s messy. Most religions do not start off to control and maintain control. Most religions organize truths, express them in orderly ways, and attempt to mold society around its expressed ideals. Somewhere along the line they become rigid and institutional. Then, they become inward looking and concerned about self preservation. When that happens the spirit is suppressed and ideal becomes symbolic rather than attainable. Then control enters the picture to complete the sad response to faith and deity.

INDEPENDANCE DAY! In a sermon to about 20 young folks from Washington, I was reminded that the Christian Ideal is not lost. It is sometimes overwhelmed by extremes but it is not lost. 20 kids came from privileged homes to New Orleans IN THE SUMMER to help work with us to rebuild. Do you know names like Gutierrez, Sobrino, or Segundo? INDEPENDENCE! Have you heard of Luther Place in Washington D.C. or Church of the Saviour in that same city? INDEPENDENCE! Mary McLeond Bethune, Martin Luther King, Dorothy Day, Elisabether Schussler Fiorenza, INDEPENDENCE! These names or places each represent healthy religious responses to a broken world. You will find their names in such themes as Liberation Theology pushing back against powerful institutions including the church on behalf of Central and South American peasants. The Social Gospel Movement pushing back against prejudice, racism, and the marginalized. The Feminist – Womanist movement which seeks to eradicate sexism and to neutralize patriarchal structures so that all humans enjoy INDEPENDANCE! Look up some of these names. What you will find is a radical re-interpretation of what we have come to think of as the Gospel and Epistles of the Christian Bible. Look them up and see what some of them had to say. Very often they were suppressed by the very structures that taught and raised them up. Yet, there they stand, apart from that which seeks to self serve and in solidarity with Jesus and humanity in a real and practical way called “praxis.”

So what was Peter prattling on about? He talks about slaves submitting to masters; he exhorts the people to “Submit yourselves for the Lord’s sake to every authority instituted among men” (1Peter 2:13)The seminal phrase often overlooked is “For it is God’s will that by doing good you should silence the ignorant talk of foolish men.” By word, example, by life and living among all people we make look foolish such things as hatred, anger, loathing, sexism, economic injustice. While Gandhi is credited with being the father of non-violent resistance, one can well make the case that indeed Peter is the great grandfather of social non-violent resistance. “When they hurled their insults at him, he did not retaliate; when he suffered he made not threats.” Neither did he go away, nor did he hide, nor did he capitulate, nor did he go into the closet, nor did he become invisible. The sound that beats down angry shouts the most is laughter; the thing that confounds the face of hatred the most is a kindly smile; the act that binds a neighborhood the most is walking it without guile; the engine of justice is holy anger worked out not in self righteousness but in right action. Right action is grounded completely and utterly in compassion. “For it is God’s will that by doing good you should silence the ignorant talk…”

INDEPENDENCE DAY, celebrate with family, friends, neighbors, a nation for it is that ideal that remains alive and is played out. INDEPENDENCE means freedom from domination, hatred, and coercion. Independence does not mean the freedom to hate or oppress but rather freedom from hatred and oppression. It is precisely this idea and ideal that was first made true and real when the first nail was hammered into the  hard wood of   the cross of Christ . . . let us make hatred foolish with a smile, an act of kindness, a sadness for disparity, and joy for those that walk in dignity and Independence. God bless America.