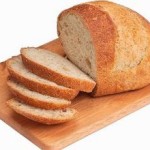 The following was published in Ambush Magazine in Mid August 2011.“Sometime in your life, hope that you might see one starved man, the look on his face when the bread finally arrives. Hope that you might have baked it or bought or even kneaded it yourself. For that look on his face, for your meeting his eyes across a piece of bread, you might be willing to lose a lot, or suffer a lot, or die a little, even.” ~Daniel Berrigan, priest and social activist.Before I was a priest my world was seen through the lenses of a person who was vested in self-interest. My family was important, a good house, a decent car, perhaps I even “owed” myself some luxuries because I worked hard. I believe that I wanted to act morally in business but if it came to it I would guild, rationalize, or ‘adapt’ as my suburban life demanded. I sent a check for a poor child in Sierra Leon, her name was Maria Dirasuba. It was all good, my ego was massaged, my conscience was quiet, and my family and I were well cared for and safe. I was what I was born to be a successful business man and community pillar. Before I was a priest I had all the time in the world.

Then my lovely engaging most beautiful raven-haired daughter committed suicide.

Did you know that some studies indicate that the suicide rate (successful or otherwise) is possibly four times higher for LGBT youth than it is in the general population? Did you know that the suicide rate among African Americans, some studies say, have doubled in the past decade? At this point you might ask what suicide has to do with the look on the face of a hungry man being fed or even my being a priest? Suicide is, in my opinion, a by-product of rejection, often exacerbated by mental health issues. Consider, that the data only counts acknowledged suicide. Suicide may also take the form of passive suicide, “I don’t care if he/she has aids you won’t live forever. I’ll stay unprotected.” Or perhaps, “They say I have clinical depression but I don’t need these meds I can make it on my own; I’m strong.” Suicide is a taboo subject never spoken of in open forums. Suicide is painful and sad. Perhaps on occasion it is understandable perhaps, some say, it is even warranted due to terminal illness or quality of life issues-perhaps. But, none the less it is sad and it is painful.

When my daughter committed suicide I took a major movement to becoming a priest. I don’t recommend becoming a priest as a curative or palliative for anyone – the pay is lousy and hours long. But, that major interior, spiritual voice, said, “You have so little time, life is valuable, you have been given it, what will you do with it?” Jesus the Galilean said it this way:

“No one knows about that day or hour, not even the angels in heaven, nor the Son, but only the Father… Therefore keep watch because you do not know when the owner of the house will come back—whether in the evening, or at midnight, or when the rooster crows, or at dawn. If he comes suddenly, do not let him find you sleeping. What I say to you, I say to everyone: ‘Watch!’” The Gospel of Mark

Time is important and what we do with it is even more important. We have a gift and that gift is our life. To fully live in LIFE spelled large we must ENGAGE in life spelled large. If we witness and participate in life seen through the lenses of giftedness, of embracing real life and love, then we cannot but help to be engaged in the doing of life. The doing of life then becomes a little less about self satisfaction and much more about the place and worth of others because life is so valuable. Experiencing the look on a starving man’s face when he gets his bread is life lived large. It is personal it pulls the marginalized people in. Human engagement, read life, requires conversation, requires touching, requires body language, requires movement and momentum. There are places where one can go to bake or kneed the bread. Dodwell House, a community center for the whole community will be such a place if we make it so. Its potential is, after all, the fodder for this series; a place for all communities to join a greater community in LIVING. There are other spiritual bakeries that seek to enfranchise, include, enculturate, and envelope us with dignity. Seek them out while time is still with us. Time, it does not stop, time will not weep when we are gone, time has no love nor hate nor passion, time is what we have so little of. Before I was a priest my world was seen through the lenses of a person who was vested in self-interest; now my world is seen through the lenses of a person who is vested in human-interest. Who knows, together maybe, just maybe we might be willing to lose a lot, or suffer a lot, or die a little, even.